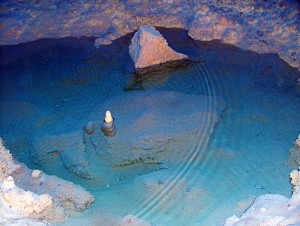 The mountain complex of Inici dominates the territory with its 1064 meters above sea level.On days with good visibility, and its peaks you can see the entire Gulf of Castellammare and the coast of the Zingaro nature reserve.

Inici the mountains, we have been explored and surveyed more than 22 cavities between large and small over the years. Among all, of particular importance, the Cave of the Abyss Cocci. Their interest is due not only to the fact that those with greater development both horizontally and vertically, being also those of greatest scientific interest because of the rarity of landforms and deposits in them.

These peculiarities are due almost certainly to the combined action of sulphurous water, and common waters percolating.

These caves are due to size of the largest in all of Sicily. The Abyss of Crocks not been fully exploited yet has a development of more than 2,000 meters and a total height difference of 420 meters which opens at an altitude of 567 above sea level and its two inputs you can be reached after a descent in the wall of 60 m. galleries, salons, wells, lakes, stalactites, stalagmites, columns and tubes make up the landscape of this wonderful work of nature. 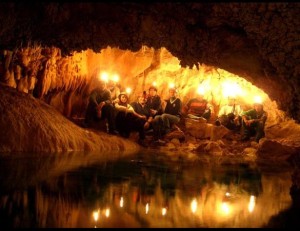 The combined effect of the sulphurous waters and vapors emitted by them, in combination with the normal karst, have resulted in dramatic and sometimes very special conformations dome ever found in other places of Sicily.

Natural cavities, for different reasons, are of great interest for archaeological, having been inhabited or frequented by man from prehistory to the late Middle Ages.